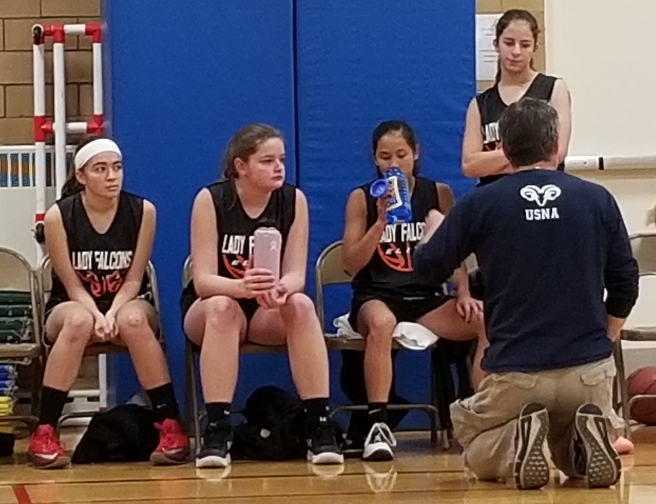 Our Mid Sib’s journey has reached the most critical of junctures. She has secured a congressional nomination to the United States Air Force Academy and the rest of her application appears complete – medically qualified, all paperwork completed, and so on.

The first is that it’s becoming clear the Mid Sib’s field is narrowing. She asked both Senator Pat Toomey and Senator Bob Casey for nominations to USAFA and Toomey has already delivered the “thanks but no thanks letter.” We’re still waiting on Casey, but while it’s possible he might offer a nomination to West Point or USNA, that’s highly unlikely given that she asked for USAFA. Congressman Brian Fitzpatrick asked candidates to rank interest in the academies and gave Mid Sib her first choice, but nothing for the second and third. While the Coast Guard Academy is still a possibility (she has to complete a separate fitness assessment to complete that application),  without a nomination, West Point and USNA are off the table. The field has narrowed.

The second has to do with the beginning of our basketball season. While the Mid Sib’s top sport is gymnastics, she enjoys playing rec hoops and has done so for the past 11 years or so. Athletics play an important role in military academy life and with good reason. Teamwork, excellence, repetition to mastery, and many other skills will serve these future officers well in their careers.

I guess it’s not surprising that I’ve been wondering if the way the Mid Sib plays the game is a fit for the academies. Most folks with only a passing knowledge of the academies seem to believe every kid who attends is some sort of bulletproof superstar. While the young men and women are exemplary in many ways, they are also a study in diversity and far from perfect (aren’t we all?).

During my time attached to USNA, I’ve met Mids who admitted to struggling academically in high school or to being a NARP (Non-Athletic Regular Person). That’s encouraging because our Mid Sib’s basketball game isn’t exactly high profile. That’s not her nature. Her Girl Scout advisor refers to her as The Quiet Storm because she carries herself in a reserved manner but approaches her tasks in a relentless, driven manner.

When the Mid Sib walks onto the basketball court, few take notice. Standing several inches shorter than most of the other girls, she blends into the background. Once the action starts, to the untrained eye, she fades into the blur of action on the court. She doesn’t particularly like to handle the ball nor does she look to shoot all that often. To the non-basketball person, she’s just another player.

Over the course of the game, however, those that know that sport take notice. Often the shortest person on the court, she consistently leads her team in rebounds, weaving her way amongst the trees to gain position and leaping high into the air to secure the ball. While most girls spend their time on offense with outstretched hands shouting a variation of “I’m open, give me the ball,” Mid Sib silently seeks out targets and sets devastating picks to free the ballhandler or potential shooter. Defensively, she shows incredible awareness, abandoning her counterpart to supply help defense when necessary and relentlessly hounding her player when she has the ball, both cutting off passing lanes and obstructing shots.

She is relentless and tireless, but still often invisible to the non-basketball eye.

The Mid summed it up well, “She has a huge impact on the game but hardly any of it shows up on the stat sheet.”

If there is one moment when she will draw attention, it is when there is a loose ball. Typically in our rec league, when a girl lays hands on a loose ball, everyone else backs off. That is not the Mid Sib’s way. Regardless of the size or shape of the opponent, she will latch on to the ball and pull with terrifying ferocity, refusing to give way. Her approach results in countless jump balls and changes of possession.

Maybe not coincidentally, the second game of the season provided a perfect opportunity to illustrate her role. It was the day of her congressional panel interviews – back-to-back-to-back sessions where she was dressed to impress and under intense scrutiny, of course. I left her to get to the game since my assistant was absent. I encouraged her to show up when she was done so she could see her teammates in action.

The game was unremarkable and nondescript, the girls hustling but mostly playing the polite game that characterizes the rec league. Mid Sib showed up near the end of the third quarter and, to my surprise, in uniform. I expressed my surprise and she said she wanted to play in the fourth quarter. So I rolled her out there.

On the first possession, she started at the baseline surveyed the court and darted toward the free-throw line, setting a perfect pick that the ball handler used to effortlessly make her way to the basket for an easy two points. When the other team missed a jump shot, she leapt in from behind, snatched the rebound, and found a teammate for an outlet pass. The ball came loose on our end of the court and the Mid Sib, now matched up with a girl about 6 inches taller and a good 50 pounds heavier went after it. The other girl grabbed it and certainly thought it was over.

It was not.  Mid Sib wrapped her arms around the ball and when the opponent tugged just a bit, you could see Mid Sib’s eyes widen as she gave a bit of ground, then pulled back so hard she practically flung the other girl over her shoulder and took control of the ball.

So I’ve been wondering if that sort of game fits at a military academy. Certainly, the academies don’t only want ball hogs and gunners, do they? Is there room for an undersized effort player willing to play to the whistle, willing to scrap and do the things that make her teammates better?

The answer may be no, which leads me to the third thing I’ve been thinking about, the very real possibility of the TWE – Thin White Envelope, the form letter that says “you’re an amazing person, but you won’t be attending a military academy.”

When the Mid faced this prospect, there wasn’t much context, we knew it was a longshot. But since he earned an appointment, the calculus has changed and the Mid Sib wouldn’t be human if she didn’t, in some way, compare herself to her brother. And if she doesn’t get it, she will inevitably feel like he is “better” than her in some way.

I only hope that someone sees her “game” and says, “we need that.”