I haven’t written about Mid Sib’s official weekend at the Naval Academy. For one, it has been crazier than usual since Labor Day weekend. The other is, honestly, I want to stop the clock.

We had a great weekend, don’t get me wrong, and she did, too. But her brother added an image to his Instagram story that absolutely stopped me in my tracks. 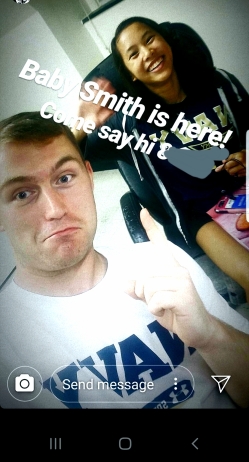 I saw it. And it hit me. Both my kids will be sleeping in Bancroft Hall tonight.

Both kids. Sleeping in Bancroft. Tonight.

Maybe I should have figured it out sooner. Maybe it’s not that big of a deal. But I just kind of froze for a few moments.

Mid Sib had spent a few days at the Air Force Academy and, honestly, I didn’t feel all that strange about leaving her there. But somehow, seeing that picture of the Mid and the Mid Sib made it real – both of them would be out of the house by this time next year.

We don’t know where Mid Sib will land. She so badly wants to attend one of the academies. But she’s zeroing in on Plan B, too, prepping ROTC applications and narrowing her field of civilian schools, with a strong ROTC program serving as a key filter.

By the time we were all together again, I had buried those thoughts and just enjoyed the limited time we had. I suspect I’ll be mulling a lot of that over in the weeks to come, but for now, well, I’ll just leave it there.

A few random thoughts on that weekend: